Last time my vegan guy and I were in Ojai, the one vegan joint (Hip Vegan) was closed for some reason (were they on vacation?  I can’t remember).  We decided to make our way on over to the Farmer and Cook market, where they have a cafe on site.  While not entirely vegan, they did have enough vegan options to satisfy our hunger. 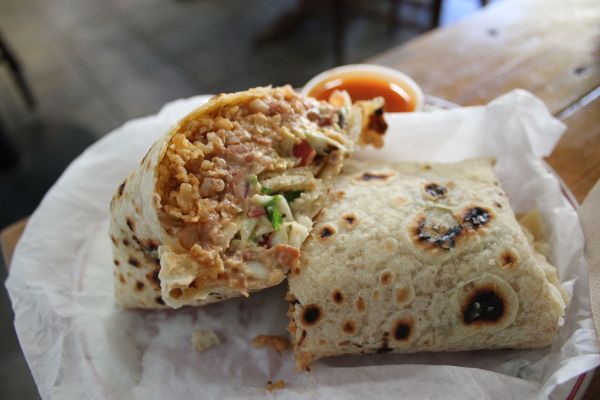 I love burritos.  I especially love it when they contain vegan deliciousness such as cashew cheese.  Also included in the Farmer and Cook Burrito was beans, rice, and veggies.  Yum.  Thank you, omnivorous restaurant, for making the extra cheesy effort for us vegans. 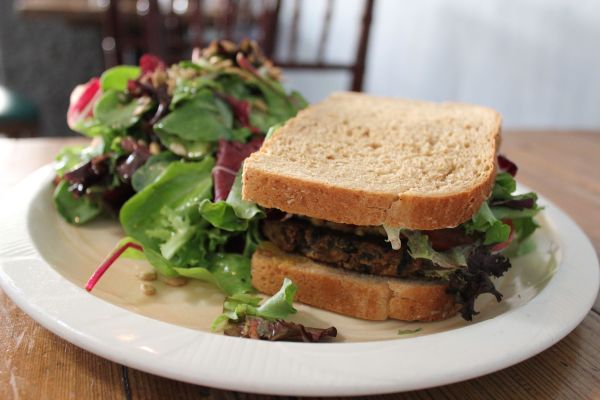 My vegan guy went with the Veggie Burger.  As you can see, it was served on bread slices and not a bun.  Not a huge deal, but made it…well… less burger tasting (you know what I mean!).  All-in-all this was just a satisfactory sandwich (not burger!), but still well appreciated in the slim vegan pickings of Ojai.

And let’s not forget about dessert.  I got the Chocolate Raspberry Cake.  That’s four whole layers of cake mixed with a fudgy chocolate frosting and raspberry jam.  It was a little bit dry towards the edges (something one can expect from a refrigerated bakery case), but I’d definitely indulge again should I be in the area in the future. 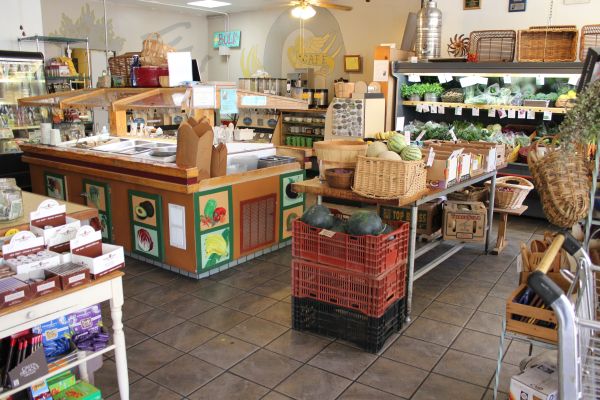 Next time I’m in Ojai, I definitely want to check out Hip Vegan.  But if you have time for a meal at Farmer and Cook, make it happen.