I love that Daiya has made it so easy for pizza places to add vegan pizzas to their menus.  Cheezy Pizza in Colton has done this and more.  They are not a totally vegan establishment, but their vegan menu is huge!  In addition to vegan pizza, they have vegan appetizers, salads, calzones, and even desserts.  I recently went and got some food to feast on with my family out in the Inland Empire.

First up was the garlic cheese bread and the potato wedges.  The garlic cheese bread was a nice thick and soft piece of bread covered in Daiya cheese.  It came with a small container of marinara sauce.  The bread was delicious, but I wanted more marinara for dunking.  The potato wedges were also delicious.  They were perfectly seasoned and not too greasy.  They came with a side of ketchup. 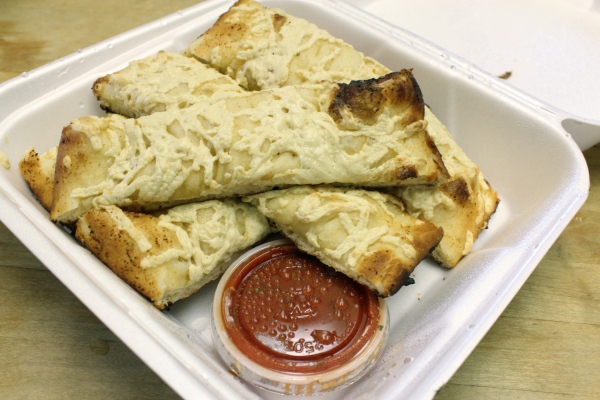 In addition to the two appetizers, I ordered two different kinds of pasta.  Their pasta menu lets you choose a shape of pasta, pasta sauce, and up to four toppings.  I ordered Fettucini Alfredo with vegan chicken and mushrooms.  Their alfredo sauce is one of the best vegan alfredo sauces I’ve ever had. It’s super thick and creamy – I wish they jarred and sold this.  The second pasta dish I ordered was the Penne Pesto with sun dried tomatoes, black olives, and mushrooms.  At first I thought it looked dry – that the pasta baked too much in the oven – but it definitely wasn’t.  The pesto had just the right amount of spices and oil.  The topping of Daiya was also a great way to add more of a cheesy flavor to the pesto.  I’d order this one again. 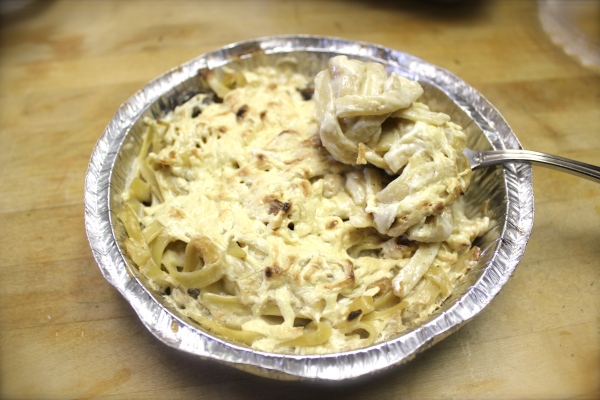 The two pizzas I ordered were the BBQ Chicken Pizza and the Margherita Pizza.  The BBQ Chicken pizza reminded me of my favorite California Pizza Kitchen pizza back when I was an omnivore.  The BBQ sauce was the best part –  nice and sweet with a little bit of tang.  The Margherita pizza was simple, but not lacking any flavor.  The fresh tomatoes and tons of basil made this pizza so refreshing.  The crust at Cheesy Pizza is a one-size-fits all – not too thick and not too thin. 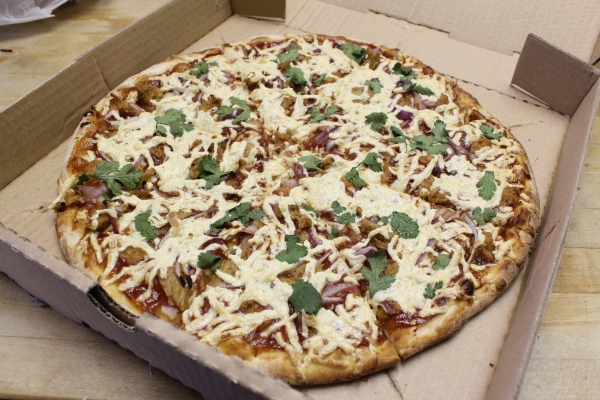 In keeping with the “two of each” theme, I picked up two vegan cheesecakes for dessert.  These are pre-packaged cheesecakes made by a third party.  The two flavors I got were Caramel Apple and Peanut Butter.  Neither of these cheesecakes were very good.  They both tasted kind of dry- especially the crumbly crust.  The best part of these was the dollop of frosting on the peanut butter cheesecake.  This was the only really creamy part of it all. 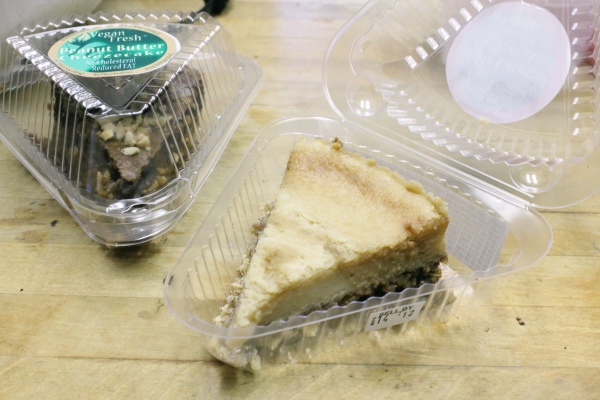 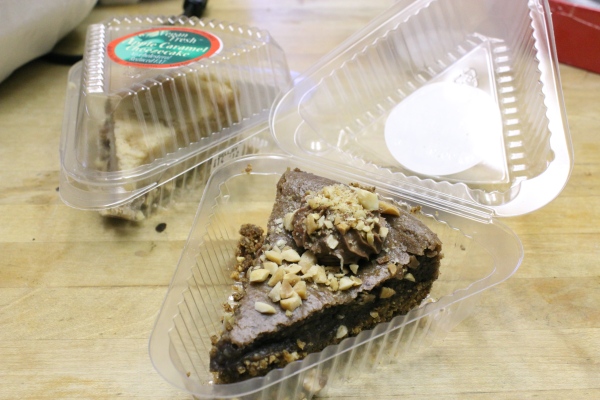 They also recently started bottling their ranch dressing.  I hope it makes it to the stores.  It is just like the “real” thing!  So thick – not runny like other vegan ranches I’ve had.  I dumped this stuff like crack onto my pizzas.  It’s worth the drive to Colton alone.

The biggest downer of Cheezy Pizza is that I only found out about it after I moved away from the area.  Everything Cheezy Pizza makes is fantastic.  A note about their vegan sauces:  apparently they prepare these on Mondays.  I came on Monday and got the last bit of vegan alfredo.  If you are making a special trip on a Monday, I’d recommend calling ahead to make sure they have the vegan sauce that you want. 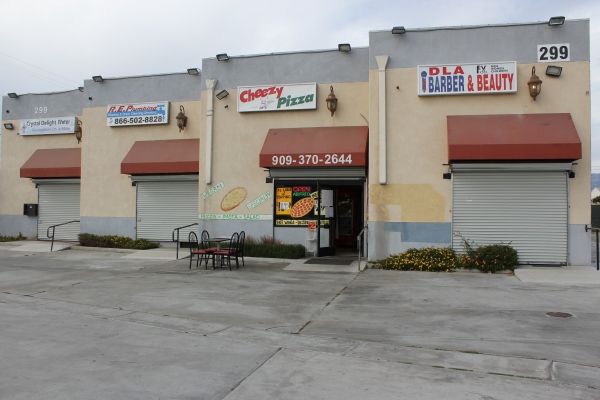 Cheezy Pizza is in a random area (in my opinion).  The neighborhood is mostly residential and a block away from an elementary school.  It has easy parking and is not too far from the freeway.  There is seating inside for about 20 people.