Locali is a cute little shop that sells packaged foods, eco home products, and freshly prepared sandwiches.  They have a lot of meat sandwiches, but most can be made vegan.

The two most famous vegan sandwiches here are their Baaadasss Breakfast Sandwich ($5.99) and their Reuben.  The Baaadasss Sandwich is made with vegan sausage, vegan cheese, chipotle sauce, and maple syrup on an english muffin.  It’s very sweet and salty.  I think I might have liked it with just Vegenaise instead of the chipotle sauce, because it was a bit spicy for me.  Otherwise, this was a very good breakfast sandwich. 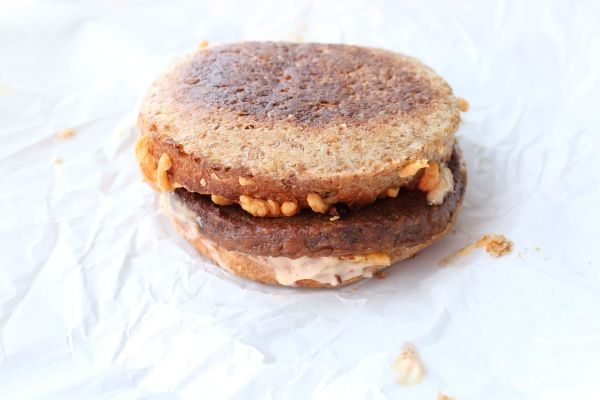 The Reuben ($10.50 full/$5.99 half) is made with tofu deli slices, vegan cheese, sauerkraut, and vegan russian dressing on rye.  I can see why this is one of the favorite sandwiches.  It’s very juicy and that dressing is wonderful. 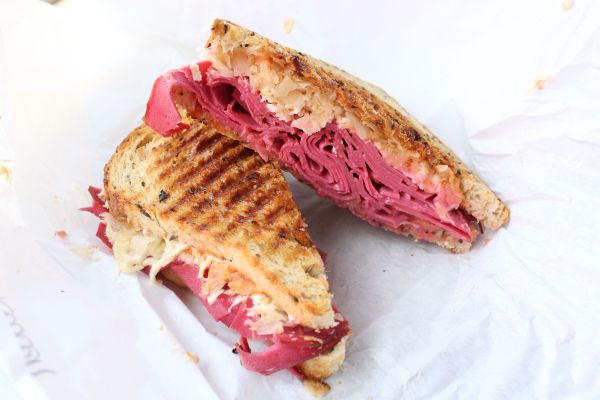 And one item that is not on their menu, but was special when I was there is the Hot Mama Pastrama.  It came with Pastrami seitan, Daiya, and spicy homemade giardiniera.  The seitan was very good – the only thing I liked about it.  The veggies (aka giardiniera) were too chunky for me and didn’t have the best flavor. 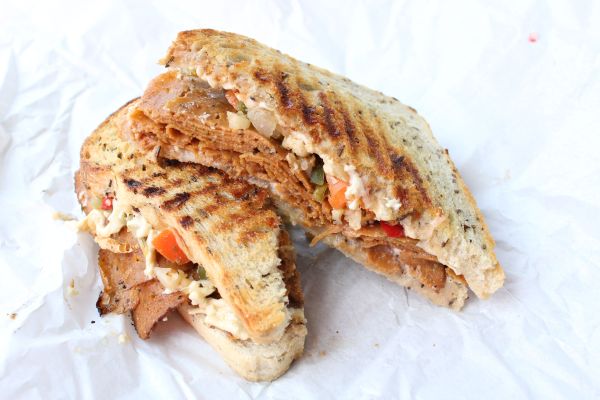 I do like Locali’s sandwiches.  The one thing that was grossing me out, though, was the fact that when I was there, there was only one guy on duty.  He had to deal with customers, ring them up on the cash register, and prepare the sandwiches.  Luckily when I was there he only paused to ring up people paying with credit cards (a bit cleaner than cash), but there just wasn’t that awareness of washing hands after handling non-food  items that I would hope there should be.  I know Locali is trying to be eco-friendly and constantly washing your hands makes for a lot of wasted paper towels, but I think a lot of us can agree that we don’t want dirty hands preparing our food.  This won’t deter me from coming back, though.  And, in fact, there will be a Vegan Hot Dog Fest this Labor Day weekend that I hope to go to.  And you should, too, because it’s supporting ARME – Animal Rescue, Media & Education.